Having taken a maiden win in 2011, Audi cemented its status as the new master of Spa by clinching a one-two finish 12 months later. It was far from being a shock, though the eventual winner – run by crack German outfit Phoenix Racing as Audi Sport Performance Team – was not the obvious choice. After all, it had qualified a lowly 29th.

But 2012 was no ordinary race. The grid was huge, a grand total of 66 cars taking the initial plunge into Eau Rouge. This was more than at any previous GT edition and is now second only to the enormous 72-car entry list of 2019. GT3 was flourishing at Spa.

There was a sign of things to come on Thursday. This should have heralded the debut of the Super Pole qualifying format that has become such a big part of the event, but the session was rained off and would have to wait another year.

The race also felt the full force of the weather as a torrential downpour hit the circuit before nightfall and caused several spins. Amid the chaos, the #16 Audi of Stippler/Rast/Piccini climbed the order and led by the fourth hour. Though it would later slip behind due to a puncture, Frank Stippler eventually returned the car to the front. Audi Sport Team WRT completed a one-two for the German brand, with the Vita4One BMW taking the final step of the podium. 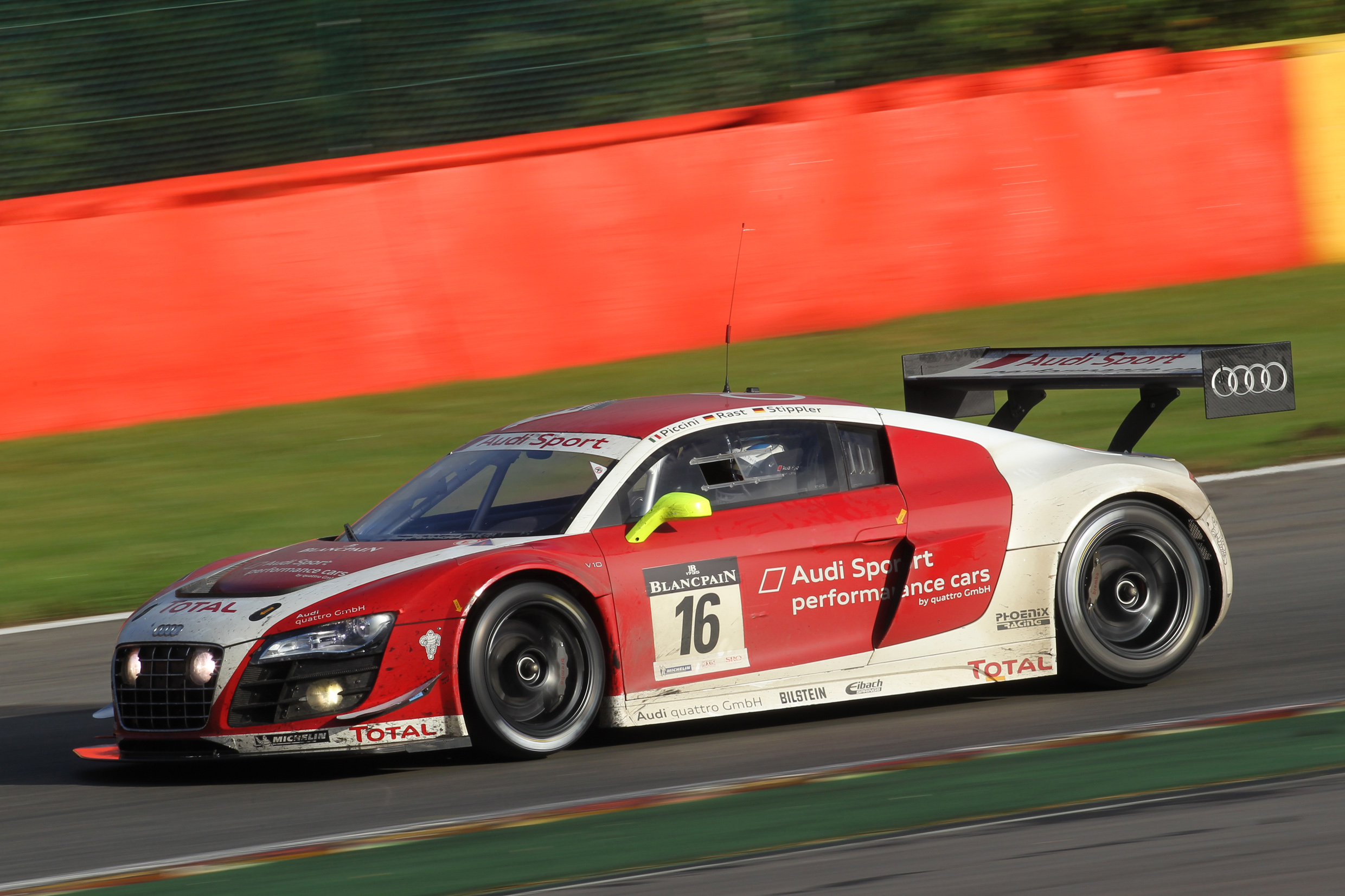 The race saw 16 safety car periods, reducing the distance considerably. Until the aforementioned 2019 edition, which was red flagged for several hours due to torrential rain, this would stand as the fewest laps and shortest distance of the GT3 era. It was a particularly strong year for the Pro-Am class, which achieved a peak field of 39 cars in 2012. Its winner – the #52 AF Corse Ferrari – finished a fine fifth overall and marked the first class victory for Belgian racer Louis Machiels, who has since become one of the modern era's most committed gentleman drivers.