Their battle culminated in minor contact on the final run through the Bus Stop chicane, but BMW driver Pittard held firm and emerged ahead of Rougier's Lamborghini to bag maximum Fanatec GT World Challenge Europe Powered by AWS teams’ championship points for Walkenhorst.

Pittard started the 60-minute contest from pole, but his path to victory appeared to be narrowing throughout the opening stint. A slow start allowed Rougier to get the jump into Eau Rouge, while a few laps later Campbell made a brilliantly committed pass that began at Pouhon and culminated at Pif-Paf.

The remainder of the first stint was a stalemate between the leaders as Rougier maintained a three-second advantage over Campbell, while Pittard slipped back from the Porsche but remained out of the clutches of Crestani. The Italian driver made good progress during the first half-hour, rising from seventh on the grid to the fringes of the overall podium.

Having won the very first Fanatec Esports GT Pro Series race at Circuit Paul Ricard, Rougier looked set to be heading for another victory and maximum teams’ championship points as he stretched his gap to 4.5 seconds ahead of the pit window. Campbell was the first of the frontrunners to duck in to take his mandatory stop, followed a lap later by both Rougier and Pittard. But while there were no problems for the Porsche or the BMW, the Lamborghini driver was mysteriously delayed on pit lane and could only watch as his advantage slipped away.

It appeared that Campbell had moved into the lead until Pittard's navy and gold BMW came into view, having made a clean stop and exited the pits some way clear of Rougier. The Porsche slotted into second, while Rougier had fallen away a little in third.

That situation didn't last long. Campbell was on the rear of the BMW, forcing Pittard to defend and allowing Rougier to close up and make it a three-way battle. The trio ran as close as possible without coming to blows until Campbell made a mistake that resulted in contact with the barriers at Bruxelles. The Porsche was able to continue but suffered damage that would effectively remove the Aussie from the battle for victory.

If anything, the two-car scrap proved even more exciting. Rougier was glued to the rear of the BMW for a full 15 minutes as he searched for a chink in Pittard's armour. The final few laps made for the most exciting finish of the inaugural Fanatec Esports GT Pro Series season, with the Lamborghini closer than ever to making a move. Rougier shadowed Pittard throughout the closing tour, but as the cars negotiated Blanchimont for the last time it seemed as though the Frenchman had settled for runner-up spot.

Not quite. Throwing caution to the wind, Rougier launched a final assault on the outside of Pittard as they charged towards the Bus Stop chicane, aiming to out-brake the BMW and occupy the inside line. There was contact, but Pittard held his nerve and kept the car under control. With Rougier losing momentum Pittard was able to cross the line 0.735s clear, a margin that did not do justice to the battle that had just taken place.

Campbell took the chequered flag another 4.2s behind but comfortably clear of Crestani who cruised to fourth overall and maximum Silver Cup points after seeing off Dani Juncadella (AKKA ASP, Mercedes-AMG) who had closely shadowed Matteo Cairoli until the Porsche picked up a penalty before the pit window opened.

Thomas Drouet completed the Silver rostrum a further 1.6s behind to score AKKA ASP’s first Silver points of the season.

The Fanatec Arena now makes the short trip to the Nurburgring, which hosts Round 4 on September 3-5. 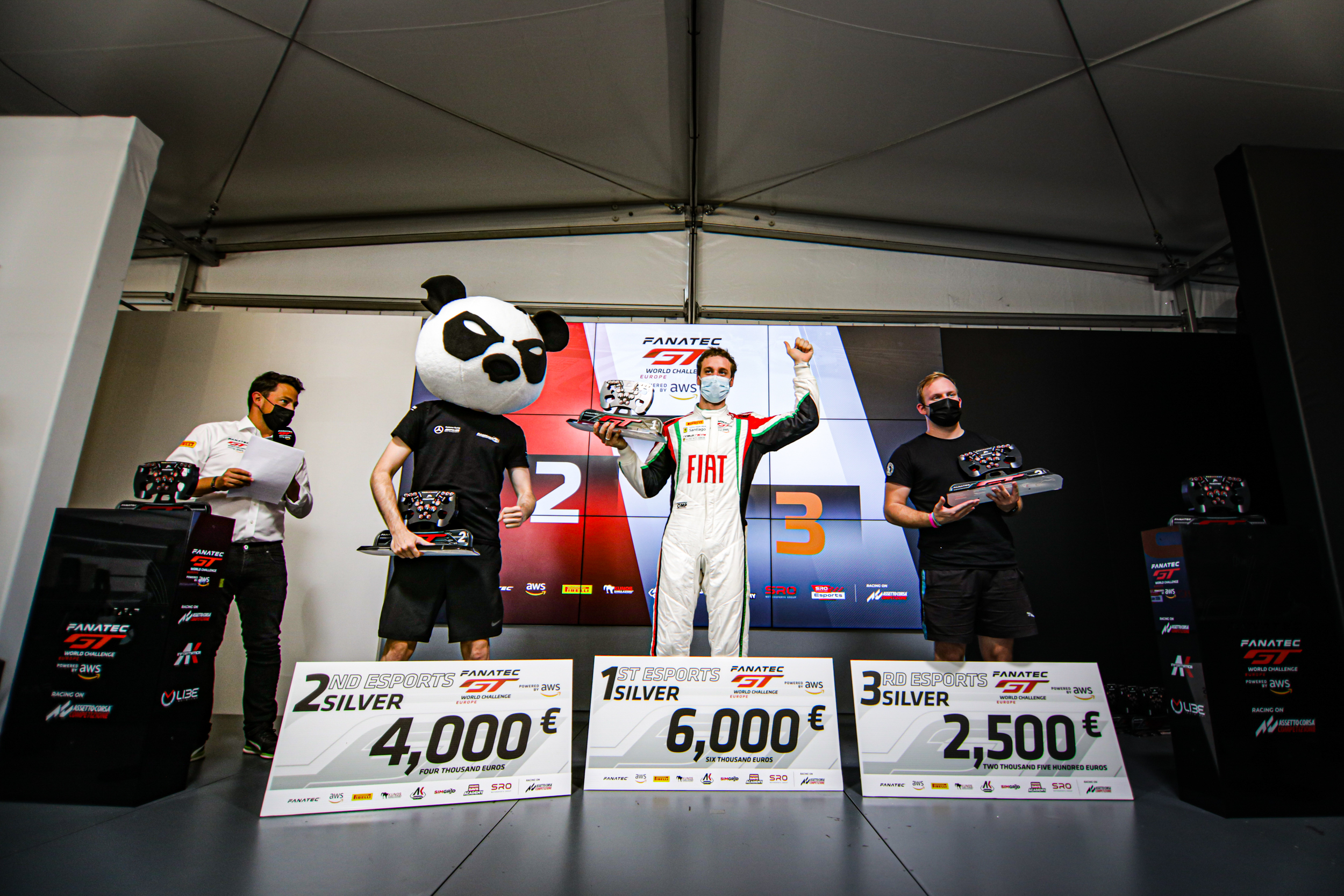