Rinaldi Racing and WRT both came into the finale ahead of Madpanda in the Silver standings but were unable to finish inside the class’ top-three points scoring positions. Instead, the Spanish squad – led in the first four races by Ezequiel Perez Companc – saved their best for last to leapfrog both and clinch the championship. 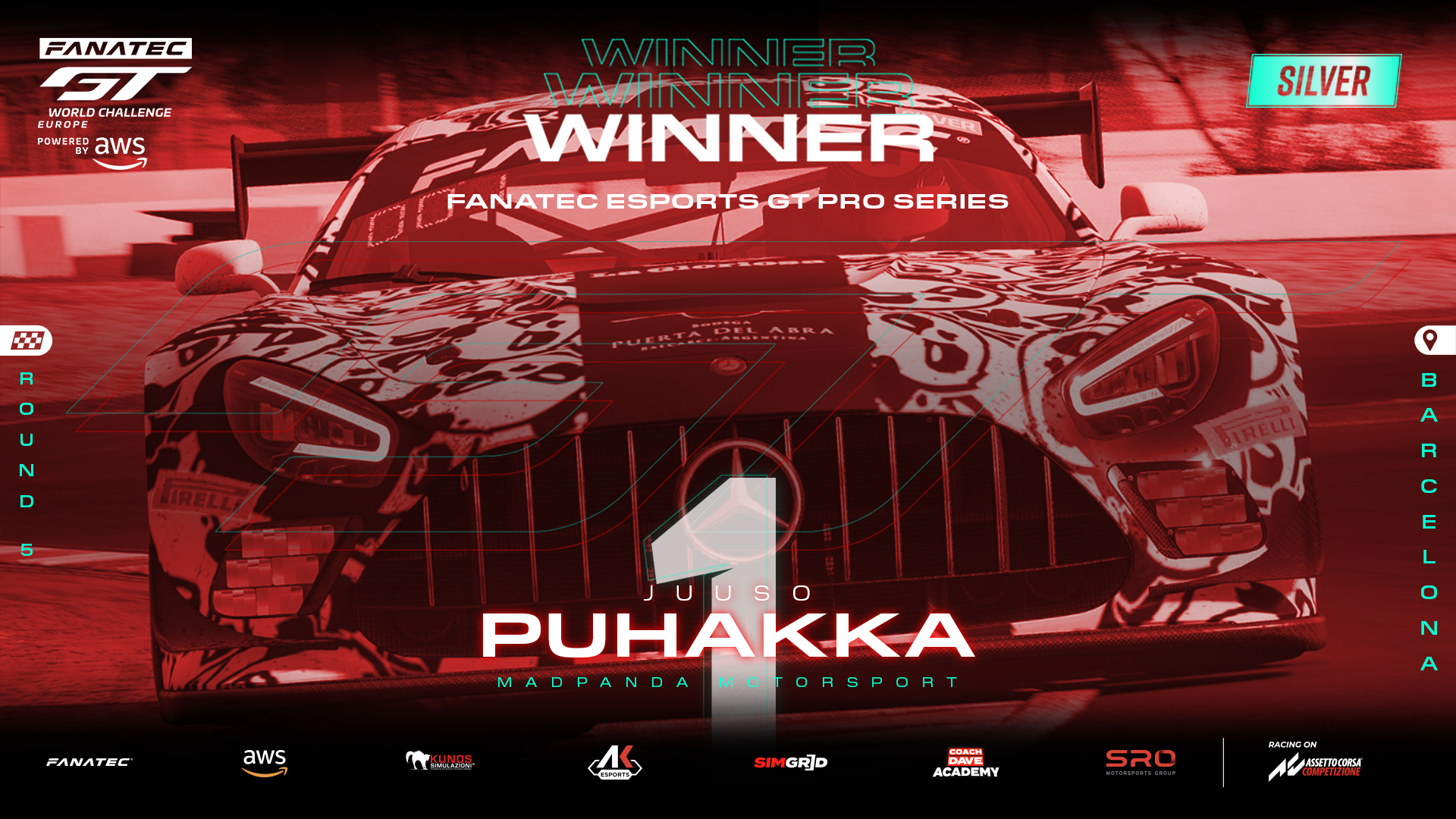 With Arthur Rougier wrapping up the Pro title for Emil Frey last time out, attention firmly focused on the Silver class in Barcelona where long-time leaders Rinaldi Racing came into the event a point clear of Team WRT. Ezequiel Perez Companc had ensured Madpanda retained a sniff of the championship another point further back, but the team was counting on a first win of the season and an off-day for its chief rivals to have any chance of snatching the crown.

Any challenge Nielsen might have posed came to nothing even before the start when his Iron Lynx Ferrari failed to appear on the grid. Instead. Puhakka was gifted a clear run into Turn 1 before slowly but surely easing clear of Vanthoor.

Indeed, the top-three also featuring Marvin Dienst were able to break away from Alex Aka who was busy defending fourth from Mikael Grenier and David Pittard. That battle might also have featured Perel, but the South African was spun around early – effectively ending Rinaldi’s championship hopes.

Tomita was also struggling to make progress after becoming stuck behind Dennis Lind and Raffaele Marciello. The Italian was able to clear Lind before the pit window opened, but all three found themselves together again after the stops shook out.

Back at the front, Puhakka enjoyed a 2.5s lead over Vanthoor when both stopped together towards the end of the window. But the Belgian’s hopes of making up time came to naught when the Mercedes-AMG doubled its advantage on the out lap. The gap between them remained fairly constant throughout an uneventful second stint before Vanthoor closed in towards the end. 1.5s separated them at the finish.

Dienst also pitted on the same lap but had to contend with the rapidly advancing Pittard instead of looking ahead. Toksport’s Mercedes-AMG eventually eased two seconds clear of Walkenhorst’s BMW to seal second in Silver and the final place on the overall podium.

Pittard’s fourth place and second in Pro owed much to passing Aka just before the stops and then relieving Winward’s Grenier through the pit cycle. The Canadian finished fifth on the road but was pushed back to sixth behind Attempto’s Audi by a five-second post-race penalty. Aka thus took the final spot on the Silver rostrum.

It was clear fairly soon after the pitstops that only disaster for Puhakka would deny Madpanda the Silver title. However, Tomita continued to fight hard and was eventually rewarded with seventh overall after passing Lind and Marciello. The latter’s AKKA ASP Mercedes-AMG completed the Pro points scorers in eighth overall.

The Fanatec Esports GT Pro Series will return in 2022. 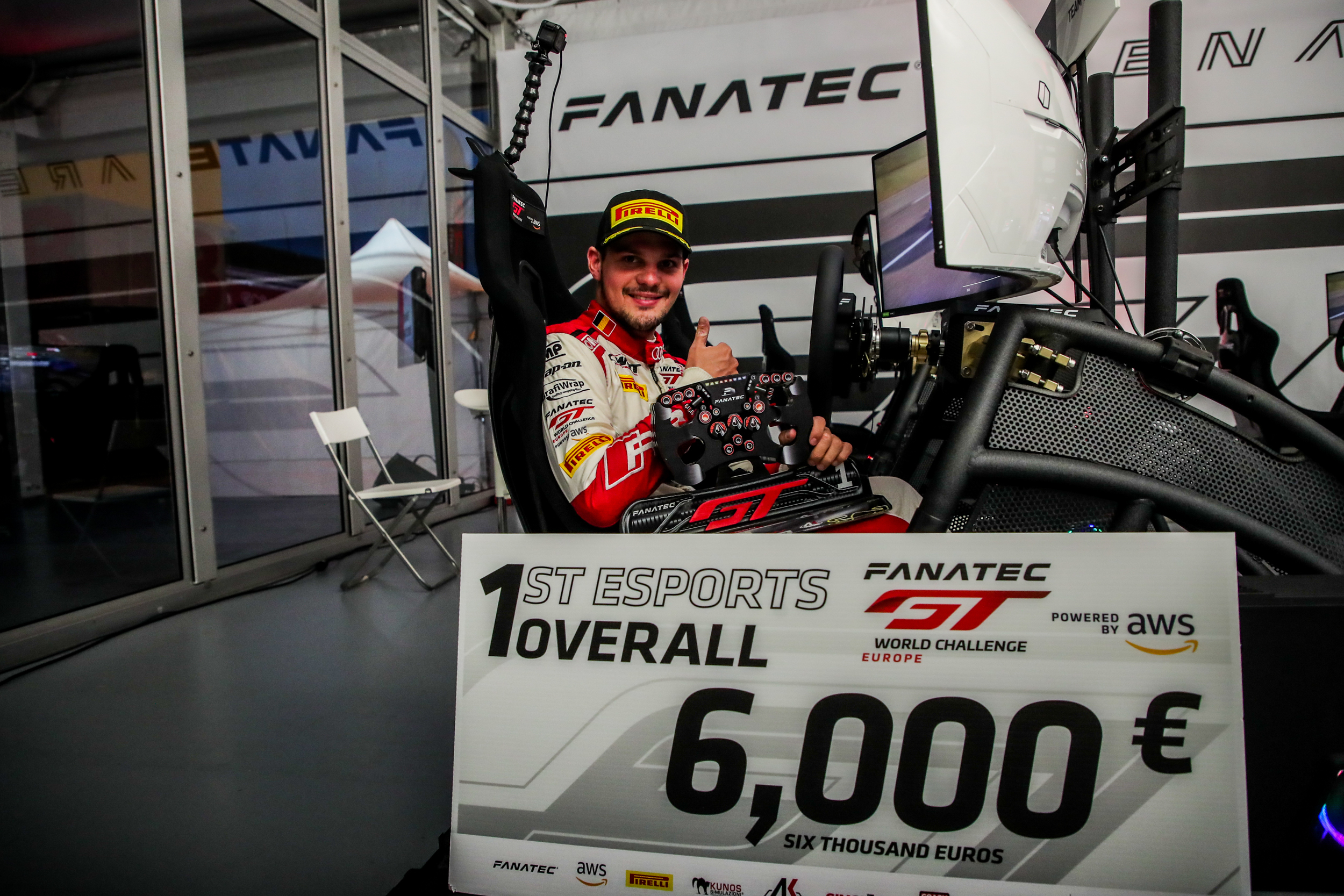