The contenders for the 2022 TotalEnergies 24 Hours of Spa have completed two days of testing at the revamped Belgian circuit to begin the final phase of preparations for this year's race.

More than 60 cars were present on Tuesday and Wednesday for 16 hours of track action during the two official test days. It comes five weeks before practice begins for the 74th edition of the Belgian endurance classic, which will once again act as the blue riband event for both Fanatec GT World Challenge Europe Powered by AWS and the Intercontinental GT Challenge Powered by Pirelli.

The test kicked off with a three-hour session on Tuesday morning, after which the final entry list for this year's TotalEnergies 24 Hours of Spa was revealed. The 65 cars that will tackle the world’s toughest GT3 race represent nine manufacturers, promising a highly competitive contest in all five classes.

Tuesday’s timing sheets were topped by the #32 Team WRT Audi, which clocked a 2m17.461s during the morning session. During the afternoon test it almost matched that lap time, barely edging in front of the #54 Dinamic Motorsport Porsche and #47 KCMG Porsche entries.

Wednesday proved to be another day of testing in sunny conditions, with the #47 KCMG Porsche fastest in the morning. Its 2m17.725s was not improved upon in the afternoon, with the #74 EMA Motorsport Porsche clocking a 2m18.069 as the fastest time.

Saintéloc Junior Team (#26 Audi) was the top Silver Cup performer at the test, with Allied Racing (#91 Porsche) doing the same in Gold Cup. Garage 59 (#188 McLaren) and SPS automotive performance (#20 Mercedes-AMG) led the Pro-Am and Bronze Cup classifications respectively. A number of red flags interrupted running across the two days, but none of the incidents had serious consequences. 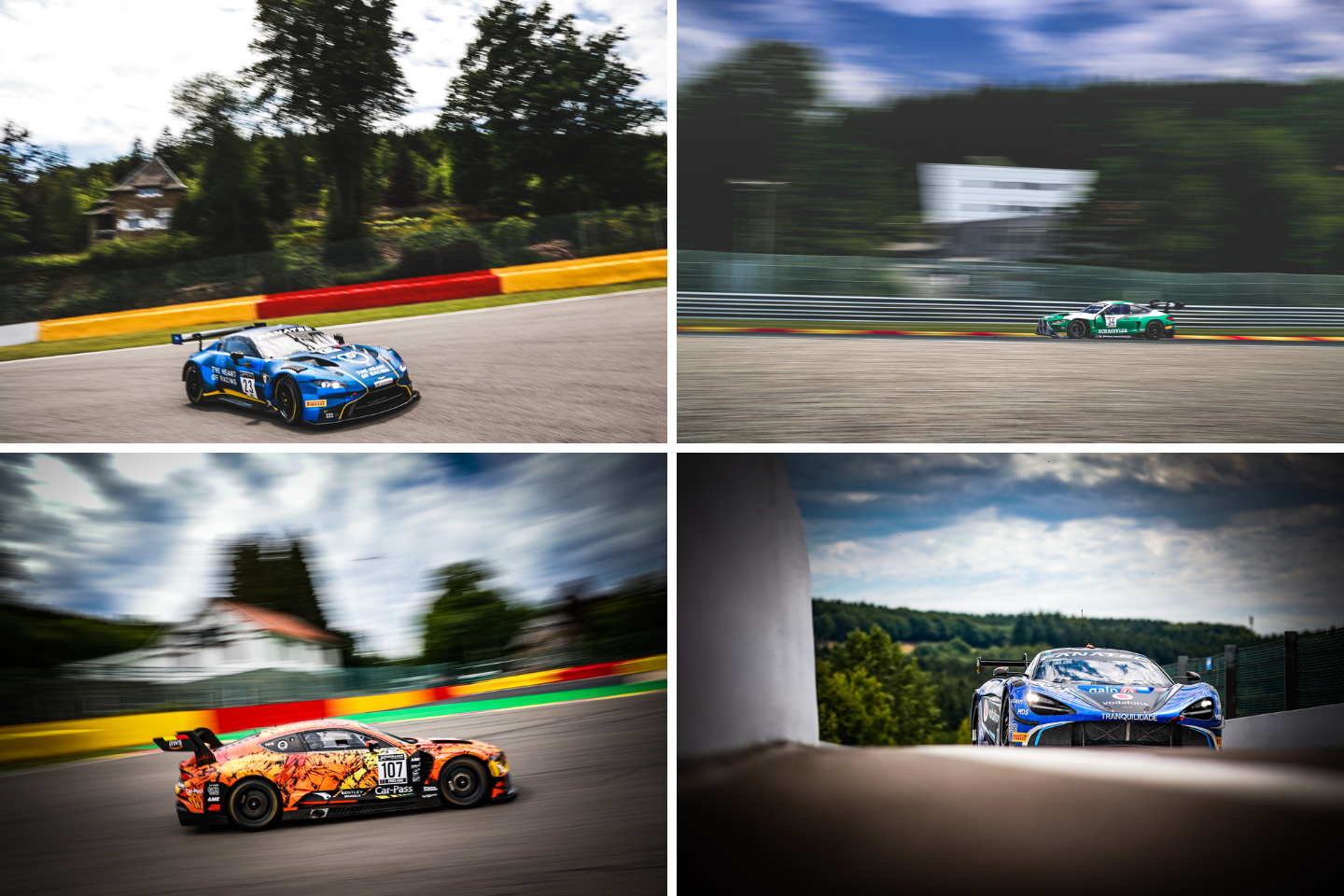 With the test days complete, the countdown to race week has now begun. This will kick off on Tuesday 26 July with the first official practice session, the Bronze Test. On Wednesday there is the return of the traditional parade to downtown Spa, including the popular driver autograph session. Track action resumes on Thursday 28 with practice and qualifying sessions, followed on Friday by the decisive Super Pole contest. The event will reach a crescendo on Saturday 30 July as the TotalEnergies 24 Hours of Spa begins its 74th running at 16:45 CEST.

This year's edition also features a number of high-level support series, including the Lamborghini Super Trofeo, GT4 European Series, Formula Regional European Championship by Alpine and Championnat de France FFSA F4.  What’s more, a historic GT event organised by Peter Auto will celebrate 30 years of SRO Motorsports Group, with a race for some of the most iconic cars of the past three decades. There will be virtual action as well, courtesy of the Fanatec Esports GT Pro Series.

In addition to the plethora of on-track entertainment, attendees can also visit the TotalEnergies 24 Hours of Spa Fan Zone, while the Saturday evening concert will make a popular return with major names from the European music scene.

Teams now have just a few weeks to analyse their findings from the test days before returning to the circuit for the 74th running of the TotalEnergies 24 Hours of Spa. With preparations reaching their final phase, the 2022 edition of the world's most competitive GT3 race is just around the corner.