There is always plenty to experience at the TotalEnergies 24 Hours of Spa beside the race itself. Indeed, a full line-up of entertainment will return to the Ardennes this summer, allowing fans to enjoy the music concert, the parade, and many other off-track attractions.

Of course, there's also a wealth of support race activity in the build-up to the main event. This year's line-up could be the most diverse yet, with GT and single-seater machinery joined by virtual motorsport and a one-of-a-kind historic race that celebrates 30 years of SRO Motorsports Group.

Here’s what fans can look forward to seeing trackside at this year's TotalEnergies 24 Hours of Spa. 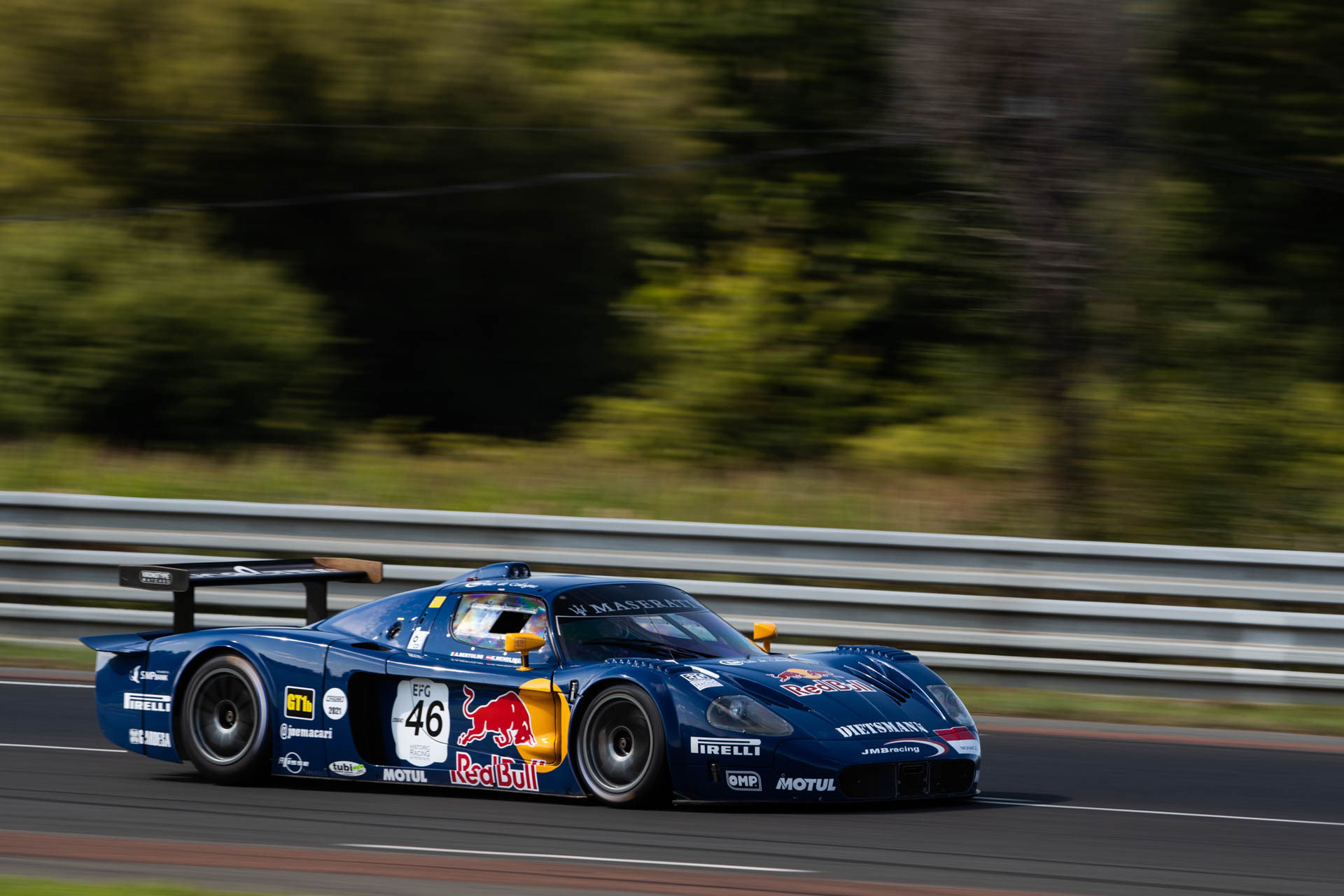 Perhaps the most eagerly anticipated component of this year's support line-up is GT Anniversary 2022. Organised by Peter Auto, this historic GT gathering will bring together some of the most iconic machinery of the past three decades to celebrate the 30th anniversary of SRO Motorsports Group. The list of eligible cars is spectacular, including the McLaren F1-GTR, Chrysler Viper GTS-R, Ferrari F550 Prodrive, Maserati MC12 GT1, Aston Martin DBR9 and many mores.

GT Anniversary 2022 will not only give spectators a once-in-a-lifetime opportunity to watch these cars competing together: they’ll also join the traditional parade to Spa town centre, which makes a welcome comeback this year. A pair of 45-minute races are scheduled to run, with the second representing the final track action before the Belgian endurance classic begins its 74th edition. 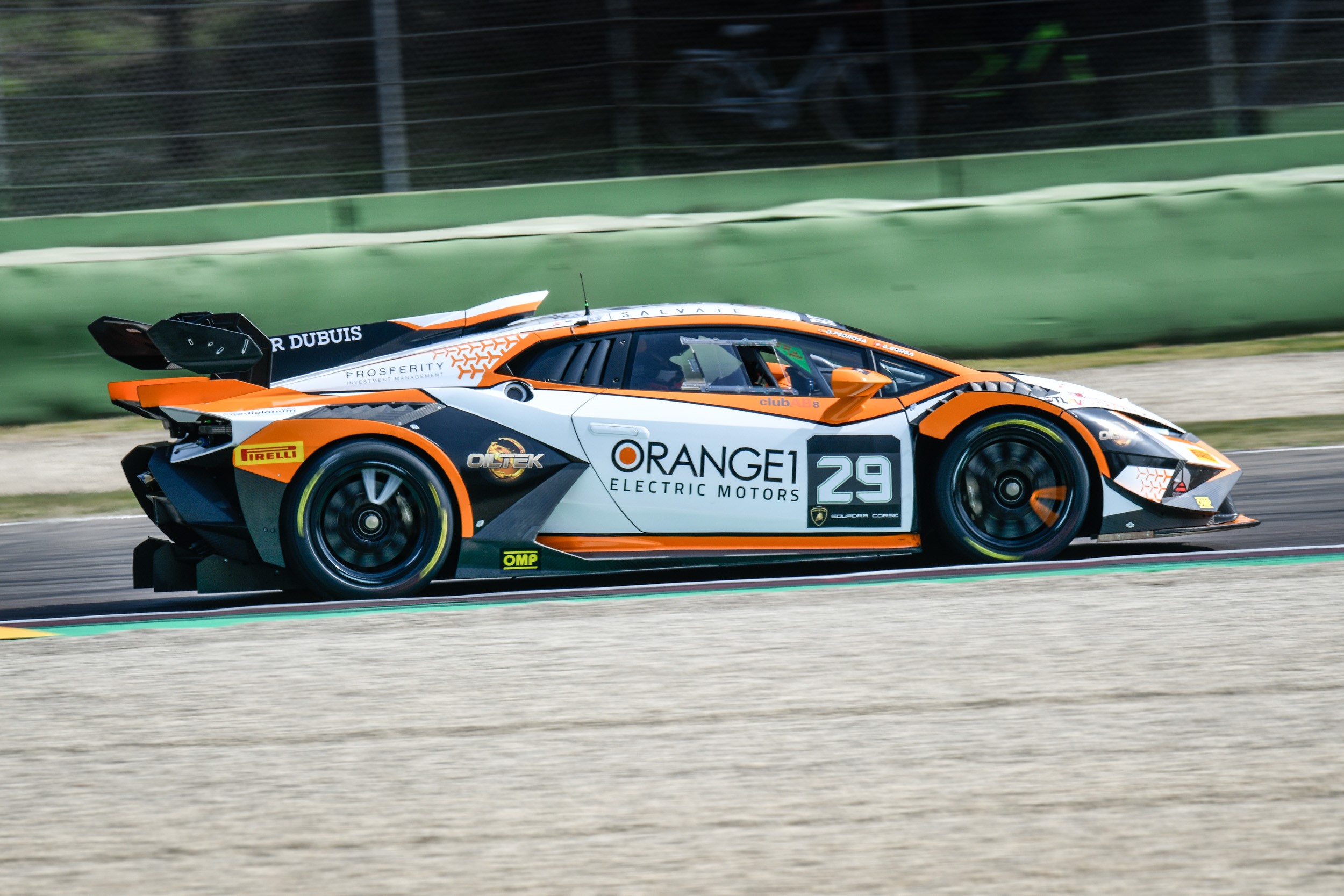 Lamborghini Super Trofeo has been a mainstay of the TotalEnergies 24 Hours of Spa support package for more than a decade thanks to its long-standing association with Fanatec GT World Challenge Europe Powered by AWS. The one-make series brings big grids of identical Huracán Super Trofeo Evo2 machines to the party, packing a serious punch in the power department thanks to a monstrous V10 engine.

A mix of pro, semi-pro and amateur drivers ensure that the racing is always unpredictable, while the 7km Spa layout really allows the car to stretch its legs. Experienced in person, the forest seems to shake when the full field plunges into Eau Rouge for the first time. The trip to the Ardennes will mark the fourth round of the 2022 championship and features a pair of 50-minute races, the first at 14:50 on Friday and the second at 12:40 on Saturday. 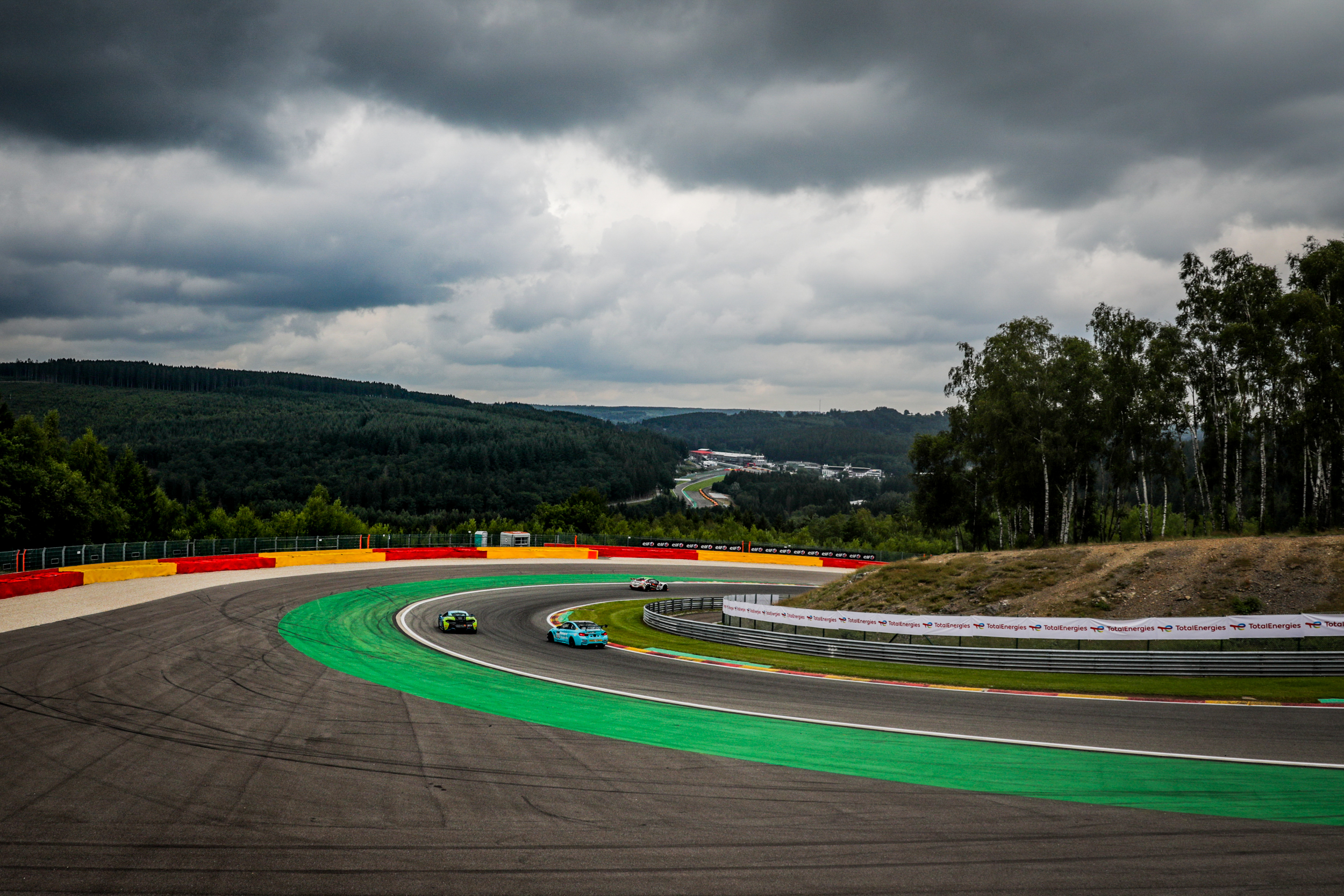 Regular attendees will also be very familiar with the GT4 European Series, which has been a frequent part of the Spa festivities for several years. Back to its very best, the championship brings a diverse field of more than 40 cars that range from the nimble Alpine A110 to the beefy BMW M4 and the sleek McLaren 570s. Make a point of watching this trackside because the races are always action-packed affairs with plenty of paint swapping between competitors.

But don't be fooled: the standard of competitors is high, including a few ex-single-seater aces and several sports car experts. The GT4 European Series will stage a pair of 60-minute races, the first taking place right after Super Pole on Friday evening (20:05). There won't be long to wait for the second contest, with the GT4 contingent back on-track for at 10:10 on Saturday morning. 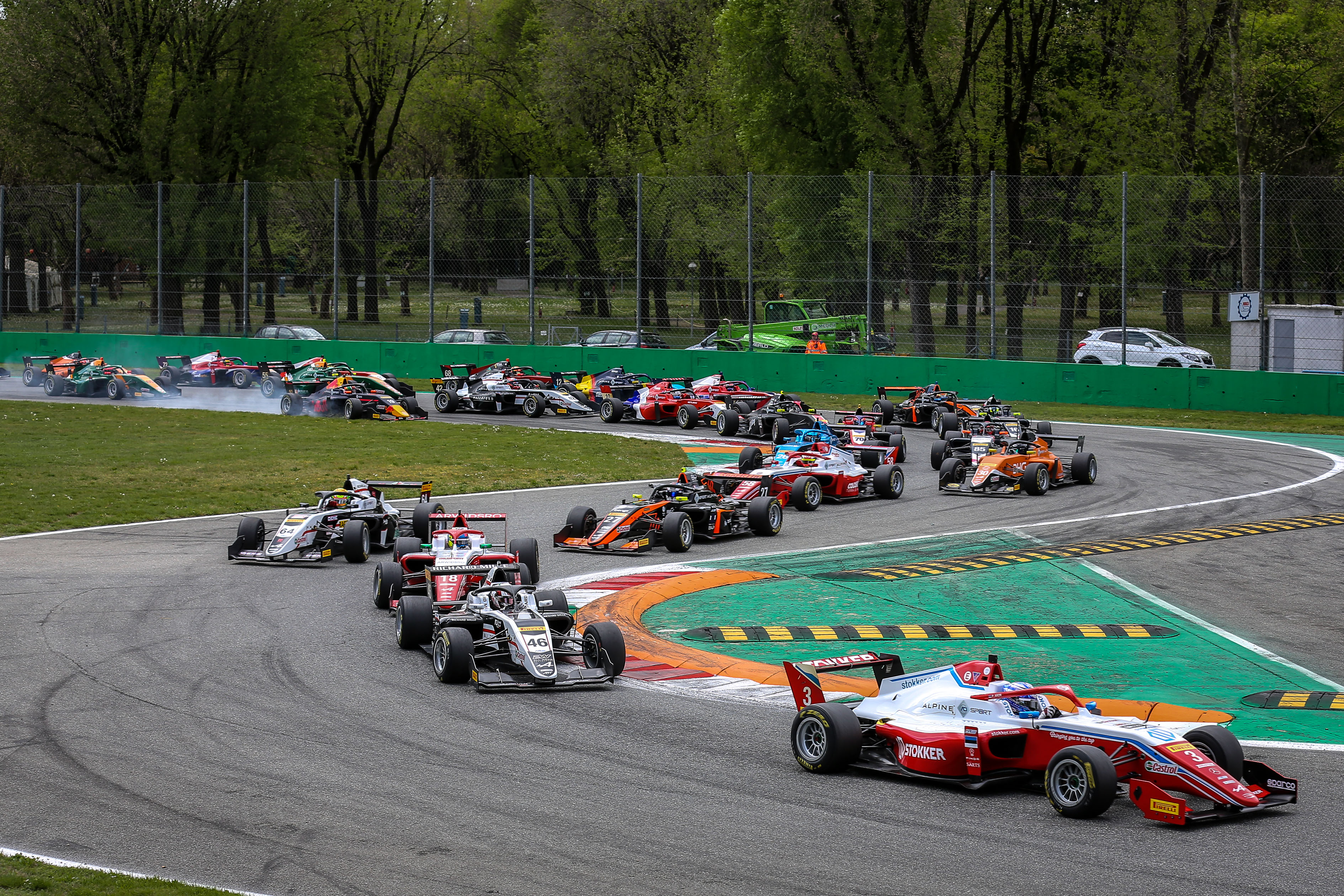 Single-seater racing returns to the programme this season with two junior categories on the bill. Formula Regional European Championship by Alpine is seen as a vital stepping-stone towards the higher echelons of motorsport, and also produces some thoroughly entertaining racing. Almost  40 identical Alpine-powered cars contest the series, with skilled young drivers run by top teams like Prema Racing, ART Grand Prix and Arden Motorsport.

In such a competitive category the cream inevitably rises to the top and you can almost guarantee that the star performers will go on to achieve professional status. First, however, they need to do the business at Spa. The series will stage a pair of 30-minute (+1-lap) races ahead of the main event, the first at 13:50 on Friday and the second at 11:40 on Saturday morning. 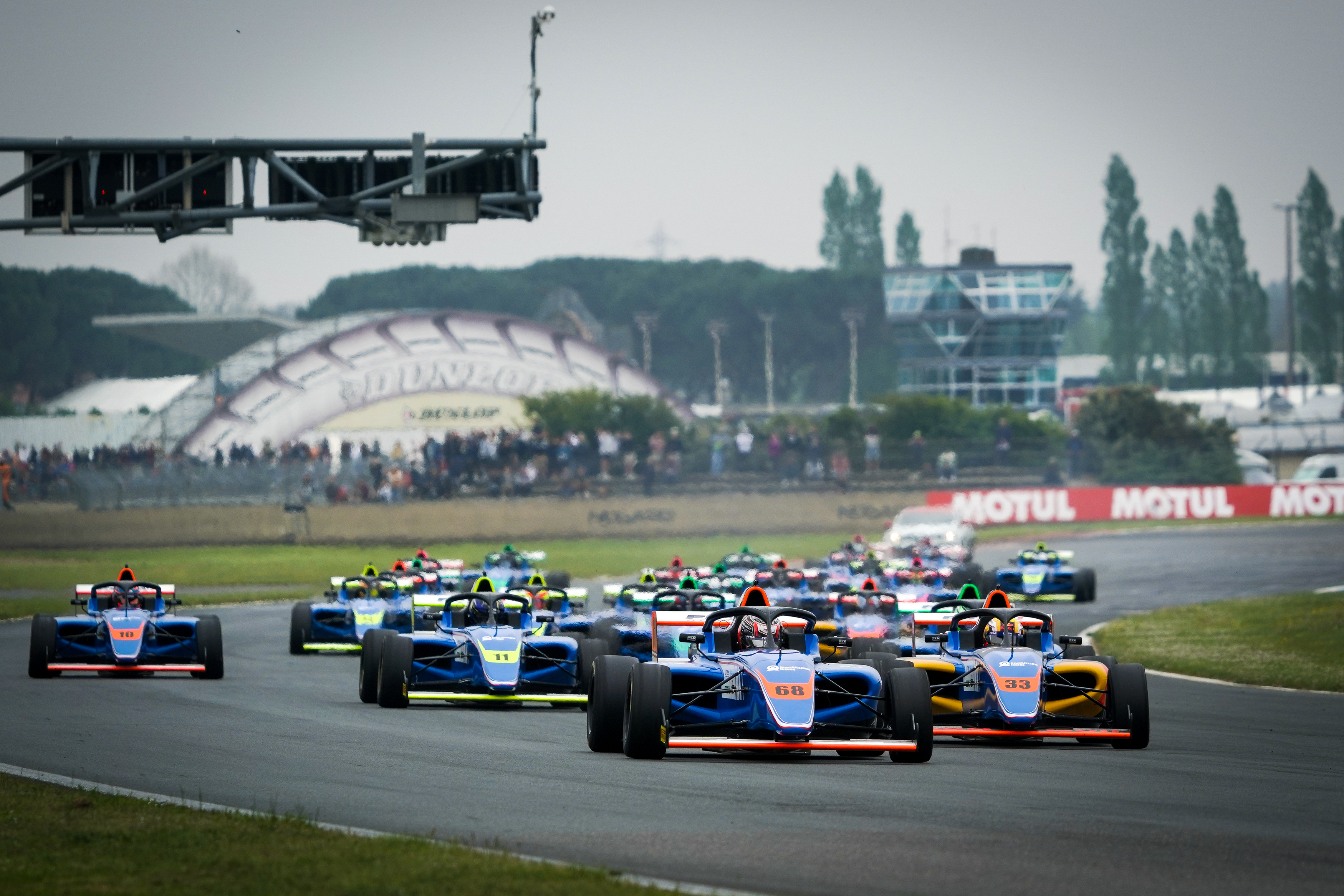 Sitting a level below Formula Regional, Championnat de France FFSA F4 is another important step towards the higher reaches of the sport. Indeed, one of its recent graduates is 2017 TotalEnergies 24 Hours of Spa winner and current GT3 heavyweight Jules Gounon. 2019 Spa winner Kevin Estre was champion of the series back in 2006, while the likes of Jean-Eric Vergne and Pierre Gasly also cut their teeth in FFSA F4.

In summary, the top French drivers of the coming decade will almost certainly pass through this series, so it's worth watching for talent-spotting alone. It will also provide the first racing action of the event at 11:00 on Friday morning, followed by a second contest at 16:10. The third and final race will run at 09:15 on Saturday, with all three lasting 20 minutes and 1 round. 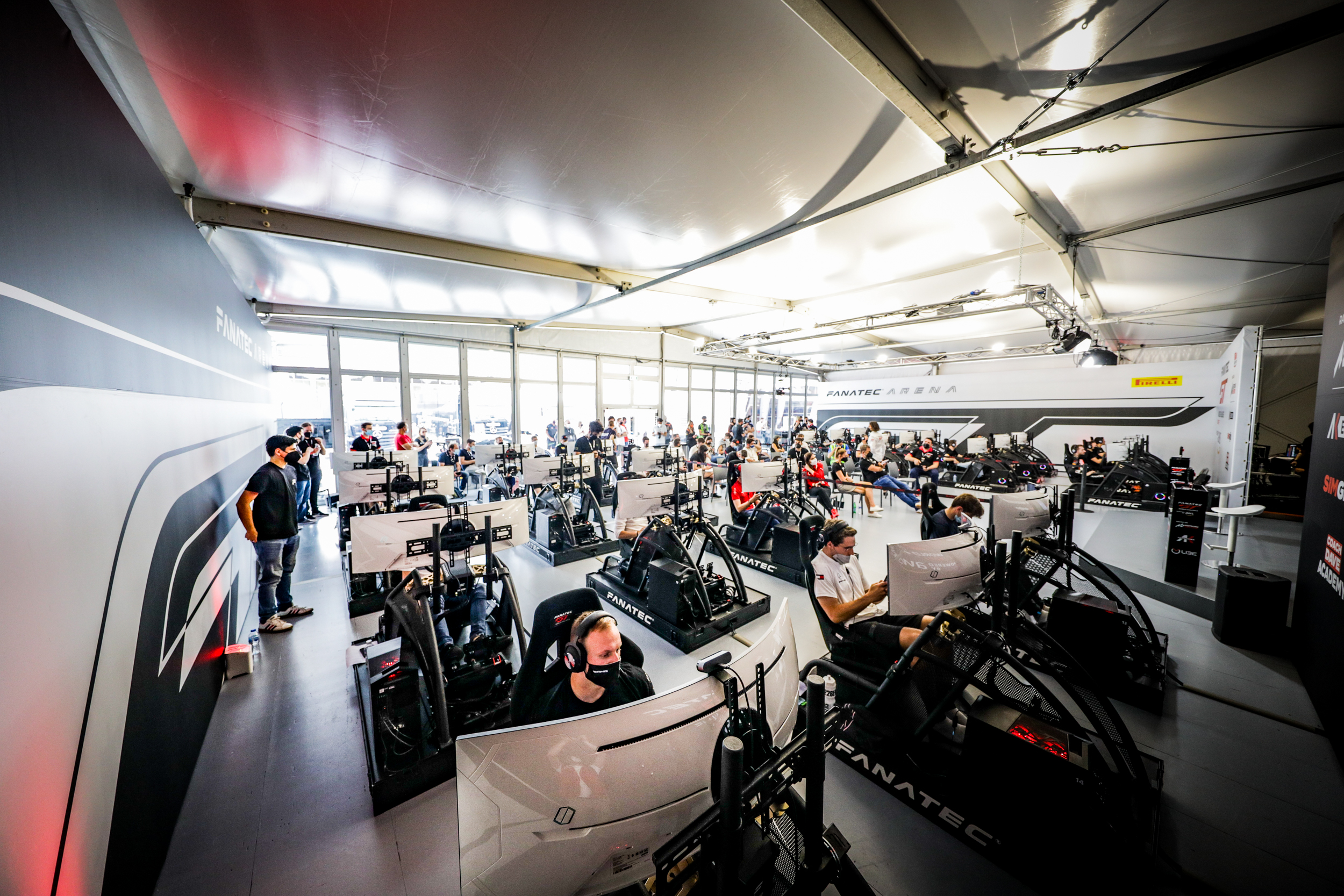 Now for something completely different. Virtual motorsport made its first appearance on the TotalEnergies 24 Hours of Spa programme last year thanks to the new the Fanatec Esports GT Pro Series. The concept sees drivers from the Pro and Silver Cup categories compete in a one-hour Assetto Corsa Competizione race, staged on-site at the Fanatec Esports Arena, with real-world championship points up for grabs.

The series is back in action for 2022 and that means a second appearance at Spa. The incentive is greater this year, too, with more points on offer in the virtual contest. All of the action takes place in the Fanatec Esports Arena, with the all-important race getting underway at 15:05 on Friday afternoon.

Scheduled for 28-31 July, the 2022 TotalEnergies 24 Hours of Spa will see a full line-up of off-track entertainment following reduced activities at the previous two editions. Attendees can enjoy the official Fan Zone, located at the bottom of Raidillon.

The Saturday evening concert will make an immensely popular return, with major names from the European music scene taking the event deep into the night. Fans can also see the stars and their cars in person at the annual parade to Spa town centre, which takes on Wednesday evening and is free to attend.

First staged in 1924 and running continuously since 1964, the TotalEnergies 24 Hours of Spa combines a unique sense of history with the unparalleled sporting challenge presented by modern-day Spa-Francorchamps. Since adopting GT rules in 2001 the race has firmly established itself as a key fixture on the international motorsport calendar and today represents the marquee event of both Fanatec GT World Challenge Europe Powered by AWS and the Intercontinental GT Challenge Powered by Pirelli.