An all-star grid has been assembled to contest the SRO 30th GT Anniversary by Peter Auto, which will make a very special one-off appearance at this year's TotalEnergies 24 Hours of Spa (28-31 July).

A pair of historic races will run in the build-up to the Belgian endurance classic, celebrating 30 years since Stéphane Ratel organised his first international GT event and launched what is today known as SRO Motorsports Group.

To recognise the landmark, Ratel turned to his friend and former collaborator Patrick Peter. Along with Jürgen Barth the pair co-organised the BPR Global GT Series (1994-1996), while Peter has since built a formidable reputation in historic racing. The Peter Auto team was therefore the ideal choice to bring together an exceptional field of 28 cars, which will contest a pair of 60-minute races at Spa-Francorchamps.

After completing practice on Thursday, qualifying will take place on Friday morning before the opening contest is staged at 17:05 CEST. The second run will get underway at 14:00 on Saturday, marking the final competitive action before the TotalEnergies 24 Hours of Spa begins at 16:45. Fans at home need not miss out, with both races scheduled for live coverage on the GT World YouTube channel.

The Belgian endurance classic is the ideal scene for this celebration. Since switching to GT rules in 2001 it has grown into the discipline's flagship event, with the 2022 edition attracting a 66-car field featuring nine different manufacturers. What’s more, many of the cars entered in the SRO 30th GT Anniversary by Peter Auto have considerable pedigree in the Ardennes.

The full field spans 1999 to 2013 and includes the Chrysler Viper GTS-R, Maserati MC12 GT1, Aston Martin DBR9, Lamborghini Murcielago R-SV, Ferrari F430 GTC, a variety of Porsche models, and several of the GT3 machines that helped to make this category such as success.

Connoisseurs will notice several TotalEnergies 24 Hours of Spa winners among the field. Larbre Compétition triumphed twice with the legendary Chrysler Viper GTS-R, which locked out the top-four positions in 2001. Belgian driver Christophe Van Riet will be at the wheel of the big American machine and should bring back plenty of fond memories for the fans.

The 2003 edition was among the most extraordinary in TotalEnergies 24 Hours of Spa history. The Freisinger-run Porsche 996 GT3-RS from the second-tier N-GT category took advantage of heavy rain to clinch a stunning overall win with its crew of Ortelli/Lieb/Dumas. Appropriately, two versions of this car will be part of the field to celebrate 30 years of SRO.

With three wins in four starts between 2005 and 2008, the Maserati MC12 GT1 established itself as one of the event's most iconic machines. Run by Michael Bartels' team in the distinctive Vitaphone livery, its sleek lines and the sound of its V12 are inextricably linked with Spa. Memorably, it was with the MC12 that Éric van de Poele earned his record-breaking fifth overall victory at the event in 2008. Dutch racer Niek Hommerson – a Pro-Am class winner in 2012 and 2014 – will be one of the drivers behind the wheel of this incredible beast. 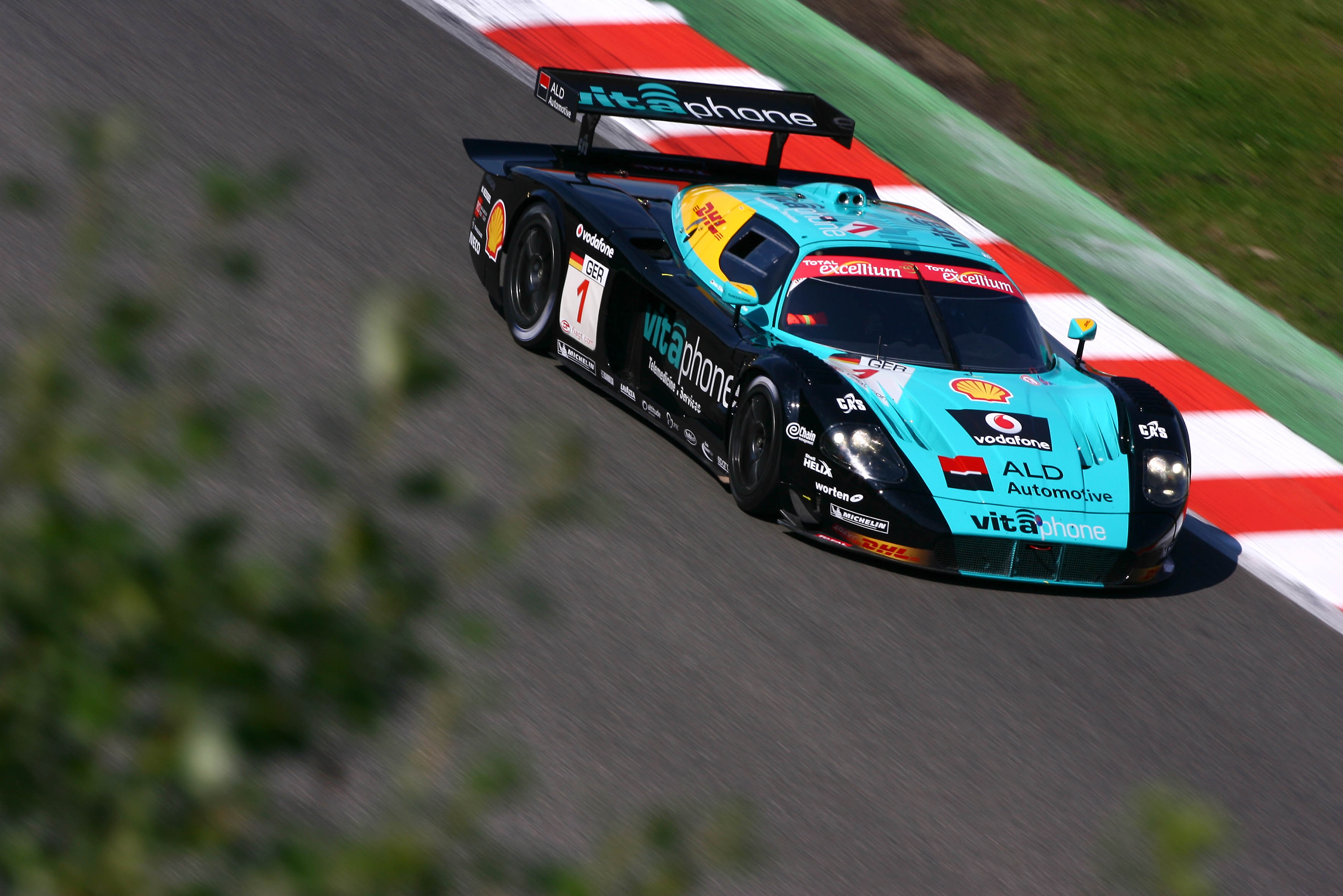 In 2006 the Maserati won after a mesmerising duel with the Aston Martin DBR9 run by Phoenix Racing. Two years later, the British car was on the third step of the podium thanks to Gigawave Motorsport. Developed by Prodrive, the DBR9 marked Aston's return to competition and is emblematic of the GT1 era at its most extreme. There will be four examples on-track at Spa-Francorchamps.

The Ferrari F430 GTC, which clinched victory in the second-tier GT2 class in 2006, will take part courtesy of the Belgian Guy Fawe. The Lamborghini Murcielago R-SV GT1 did not enjoy much success at Spa, but the car's curves and its sense of drama certainly left their mark. Czech ace Tomas Enge, who finished eighth at the 2008 TotalEnergies 24 Hours of Spa driving a Lamborghini, will share the Italian machine with Stefan Rosina. A second Murcielago will bolster the field further, this one driven by none other than Stéphane Ratel.

The first generation of GT3 machinery will also be on-track, including several examples of the Chevrolet Corvette C6 Z06R and Audi's highly successful R8 LMS ultra. There will also be a Lamborghini Gallardo GT3, an Aston Martin Vantage GT3, and the most recent winner from the Mercedes-Benz stable: the SLS AMG GT3.

In addition to their appearances on-track, the cars will be displayed together in the paddock. They will be joined by other important GT machines, some of which will be present solely for display. They include the BMW Z4 GT3 that Marc VDS Racing took to victory in 2015, a Marc VDS Racing Ford GT that participated in the FIA ​​​​GT1 World Championship, a McLaren F1 GTR Long Tail, a Venturi, and various Lamborghinis among others.

As such the SRO 30th GT Anniversary by Peter Auto promises to take fans on unforgettable trip down memory lane, while younger spectators will have a unique chance to sample these machines for the very first time. Many of the cars will be on display in Spa town centre on Wednesday July 27, while competitors have also been invited to participate in the highly anticipated parade. While the 74th TotalEnergies 24 Hours of Spa will serve up the very best in modern motorsport, the SRO 30th GT Anniversary by Peter Auto will ensure that the legends of the past also take centre stage.